Cinnamon was one of the most common ingredients in various religious/spiritual incenses in ancient Egypt.

Use the botanical name when ordering seeds (bulbs, etc.) or when looking up information in the library. Common names vary by nation, culture, and region, and sometimes the same common name is applied to different plants.

Cinnamon and cassia were imported into Egypt from China and southeast Asia by 2,000 B.C.E. Pleasant smelling scents were associated with goodness and purity. The Egyptians used cinnamon oil as one of the ingredients in embalming mummies. Ramses III is recorded offering 246 bundles and 86 measures of cinnamon to the Neteru and on another occassion offered 3,036 logs of cinnamon.

The first Greek reference to kasia (cinnamon) was in a 7th century C.E. poem written by Sappho in which she imagines a wedding at which the smoke of frankincense, myrrh, and cinnamon or cassia rose to Heaven.

Cinnamon was once used as currency. Around 1000 B.C.E. Arab traders who supplied the Mediterranean with cassia and cinnamon made up wild stories of their origin (supposedly in Africa) to obscure the real sources and hold onto their spice monopoly. In the first century C.E. the Roman general Pliny the Elder wrote in 77 C.E. that the Arabian tales were crafted to inflate prices, “…there is a tale of cinnamon growing around marshes under the protection of a terrible kind of bats…invented by the natives to raise the price”. Pliny stated that 327 grams of cinnamon (a Roman pound) was 300 denars, the same price as more than five kilograms of silver, or about fifteen (15) times the value of silver by weight. Diocletian’s Edict on Maximum Prices from 301 C.E. gave a price of 125 denars for a pound of cassia.

Alexandria was the primary Mediterranean shipping source of cinnamon for the Roman Empire. Herodotus knew that cinnamon came up the Red Sea to Egypt. The claim was that giant Cinnamon birds (phoenix) or fierce bats collected the cinnamon sticks from an unknown location in Africa (possibly Ethiopia) to build their nests. He also said that the cinnamon trees were guarded by winged serpents. He mentioned both Arabia and the home of Dionysos (India) as possible sources of cinnamon. This story persisted as late as 1310 in Byzantium.

Cinnamon was used to preserve meat. The phenols inhibited bacteria that caused spoilage and the strong sweet smell covered up the stench of spoilage.

Cinnamon bark is an herb and herbal tea that helps nourish the kidneys.

Cinnamon is a spice that increases sexual energy and enhances fertility.

The flavor is from the aromatic oil.

Obtain stick cinnamon, never powdered cinnamon. Because the genus name is Cinnamomum, all plants in the genus are technically forms of cinnamon and there are two lesser quality plants that are used for powdered cinnamon because they cost a lot less. The only way to know you are getting real cinnamon is to obtain it in stick form.

All spices, including cinnamon, lose their strength and taste with time and exposure to air and/or heat. Store in a cool dry place, away from a stove or oven.

Incense: Cinnamon incense corresponds with wednesday and is a good incense to burn on wednesdays.

Solar spells: Cinnamon (as herb or essential oil) may be used in as an ingredient or substitute for magick spells and formulas related to solar matters (healing, illumination, magickal power, physical energy, protection, success, and putting an end to legal matters). Be careful about substitutions for preparations that will be ingested or come in contact with the skin. These substitutions do not apply to medical uses. See the article on the Sun for a list of herbal substitutes for cinnamon.

Using essential oils: Essential oils are just too concentrated and too expensve to use without dilution. If you purchase pure essential oil from a source such as Mountain Rose, you will want to place just a drop or two into a neutral carrier vegetable oil or jojoba. This conservation is typical of the use of essential oils in spells and other magick. It is wise to test a bit of any essential oil on your inner wrist before use. If any irritation occurs, do not use the essential oil. Keep essential oils out of reach of children and pets and away from heat and light. See the article on essential oils for detailed information on how to mix and use essential oils.

Because cinnamon was sacred to Aphrodite and Venus it was considered to be an aphrodisiac.

Ritual uses: Cinnamon oil was one of the ingredients in the Hebrew Holy anointing oil, or Shemen Ha’Mishchah.

According to Exodus 30:22-25, the Holy anointing oil was made from:

Roman Emperor Nero burned a year’s worth of Rome’s supply of cinnamon at the funeral for his wife Poppaea Sabina in 65 C.E. Because of the high cost, cinnamon was rarely burned at Roman funerals.

Gypsies use cinnamon for lust and for love spells.

The Japanese cooked rice with sugar and cinnamon to make a man more skillful sexually.

According to Scott Cunningham (in his book Cunningham’s Encyclopedia of Magical Herbs) Roman temples were decorated with wreaths woven of cinnamon leaves. He does not indicate which deities.

Ancient inscriptions record that cinnamon and cassia were presented as offering gifts at the Temple of Apollo at Miletus.

The Columbaria of Livia on the Appian Way, a Temple of Augustus built by Livia (Augustus’ widow), Tiberius, and finished by Caligula, featured a giant cinnamon tree root on a golden tray. This relic was destroyed by a fire during the reign of Titus, but the temple was restored by Domitian.

Essential Oil: cinnamon essential oil can be used for both aromatherapy and magick.
Method of Extraction: the bark is roughly pounded, macerated in sea water, then quickly distilled
Color: golden-yellow

The flavor of cinnamon is from the aromatic oil. True cinnamon can be identified by its high amount of essential oil, between 0.5 and 1 percent.

Using essential oils: Essential oils are just too concentrated and too expensve to use without dilution. If you purchase pure essential oil from a source such as Mountain Rose, you will want to place just a drop or two into a neutral carrier vegetable oil or jojoba. This conservation is typical of the use of essential oils in spells and other magick. It is wise to test a bit of any essential oil on your inner wrist before use. If any irritation occurs, do not use the essential oil. Keep essential oils out of reach of children and pets and away from heat and light. See the article on essential oils for detailed information on how to mix and use essential oils.

Cinnamon helps regulate blood sugar, inhibits cancer cells, and is anti-inflammatory, according to research by the U.S. Department of Agriculture.

Traditional Medicine: While many traditional practices have been scientifically verified, some are now known to be dangerous. Seek the advice of qualified health care providers.

Cinnamon is a digestive aid that helps relieve gas and bloating.

Cinnamon is an antibacterial agent, especially effective against bacteria such as E. coli.

Non-toxic to animals: The American Society for the Prevention of Cruelty to Animals (ASPCA) Animal Poison Control Center has determined that cinnamon “has not been reported as having systemic effects on animals or as having intense effects on the gastrointestinal tract.” —ASPCA

Wild gathering: Avoid wild gathering. Some plants are endangered species. Please grow your own herbs in your own goddess garden (or window boxes). 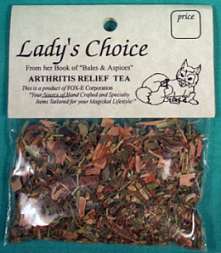 Contact Teen Witch at Milo, PO Box 1361, Tustin, California, USA, 92781 (please include a self-addressed stamped envelope for any reply). My computer is broken, so I can’t send or receive e-mail.

These web pages are about witchcraft. Attempting to be an amateur doctor is potentially dangerous to your health. These web pages are not professional medical and/or legal advice. Nothing on this website should be considered as a substitute or replacement for professional legal and/or medical advice. Persons should seek the advice of qualified health and/or legal providers.

Nutrition and herbalism are often practiced by witches and other pagans.

Get a Pr Ntr Kmt certificate as proof that your religion is real and you are a real witch, shaman, priest, priestess, etc.

If you spot an error in fact, grammar, syntax, or spelling, or a broken link, or have additional information, commentary, or constructive criticism, please contact Milo the Witch at PO Box 1361, Tustin, California, USA, 92781.

May the Goddess grant YOU love, peace, joy, bounty, and wisdom.